Since the late 1980s, Mike Giant has been making his mark (literally) on the landscape of graffiti and tattoo art. Following a showcase of drawings and photos at San Francisco’s Fecal Face Design Gallery this year, which combined his passion for the medium with it’s inevitable interactions and correlations with the corporate world, Creatures mused with artist about his time spent with graffiti, tattooing, and everything in between, which has shaped his career into an iconic one over the past three decades. 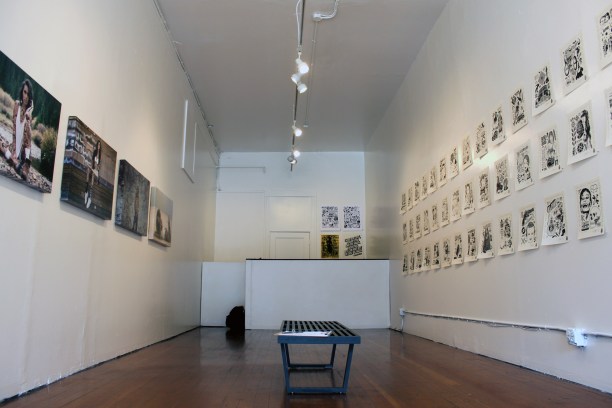 A collection of photos and drawings by Mike Giant at San Francisco’s Fecal Face Design Gallery.

Graffiti has been a passion of Giant’s since he was a young child – before the idea of monetizing the art was even a thought. A true creature creating simply for the sake of creating, Giant has always drawn whether or not a paycheque is waiting for him at the end – ‘it’s just [his] favourite thing to do’. 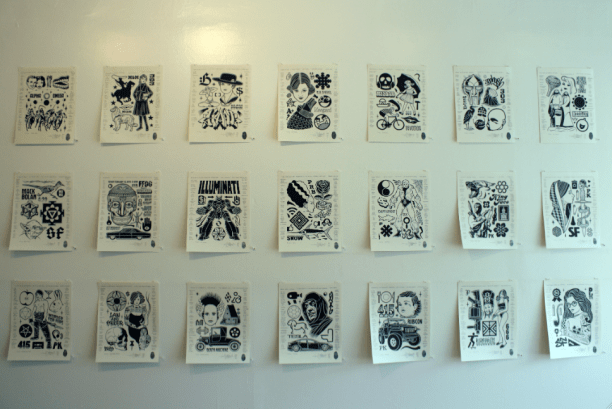 Inevitably, though, earning a salary did become a concern. But what better way to do so than by using the best tools at his disposal? Giant has been collaborating with San Francisco-based clothing brand Rebel8 for over twelve years, and while it remains his main source of income, he believes that ‘real graffiti writing belongs on the street’. FFDG’s recent showcase of Giant’s work was reminiscent of his original passions of graffiti art and tattooing. Titled ‘Modern Hieroglyphics’, the show combined tattoo designs with corporate and band logos, creating a modern language and reflecting on Giant’s views that once graffiti ‘moves to canvas and clothing, it’s a commodity’. 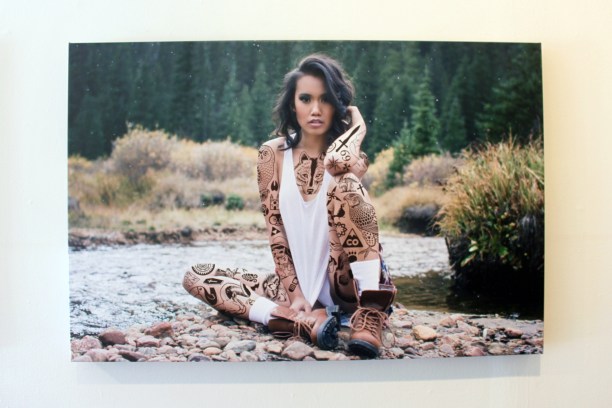 Canvas, clothing, or skin, for that matter.

Giant is not ignorant to the future of graffiti art, or to the possibility that it may evolve into something it was never originally intended to be – monetized. But he has turned down commissions that he doesn’t believe in, will always draw whether he is getting paid or not and leaves us with some sound advice: ‘fuck the opinions of others’.

Stay up to date for upcoming shows and news about Mike Giant and Rebel8 at http://mikegiant.com and http://rebel8.com.