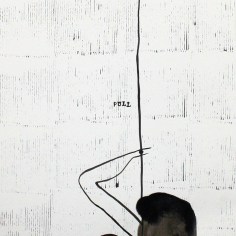 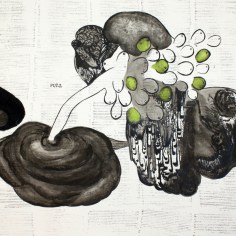 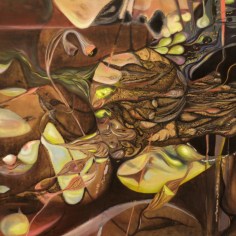 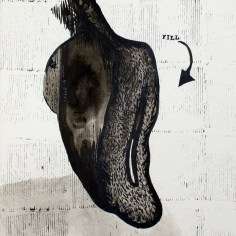 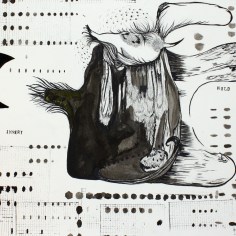 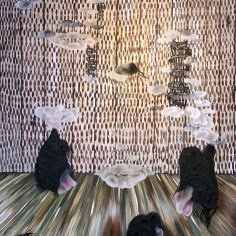 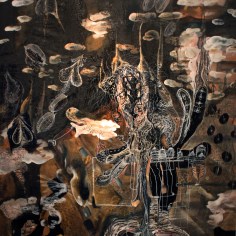 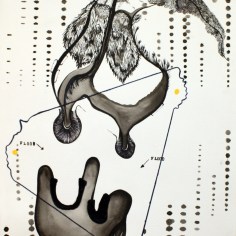 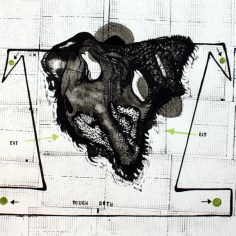 Amanda Boulos received her BFA from York University (2013) working as a painter and new media artist. She received the Willowdale Group Senior Painting Award (2012), as well as a BMO1st Invitational Student Art Competition 2013 Nomination. Working with both student groups and community based art institutions, Boulos organized multiple curatorial art projects around Toronto. She has also exhibited her work throughout the city in shows including Vs. Separate at Graven Feather, Sign/Signify at Triangle Gallery and Show Off! at York University’sGales Gallery sponsored by the Art Gallery of York University. Her work takes abstraction to an intimate level, compelling the viewer to imitate her pieces in order to experience them. Her instructional abstractions inculcate viewers with an understanding of their body’s limits and pleasures. Currently is working on a new series of paintings and rapping teddy bears at Creatures Creating Gallery.

2013 Show Off! at Gales Gallery on Keele Street. Sponsored by Art

2011 The Sublime Symmetry of the Monster. Special Projects Gallery, Toronto.

NowToronto.com Listed as a Must See Show, Graven Feather